J.F. Saillant works at INTERCONTROLE/Framatome (Chalon-sur-Saône, France) as an R&D engineer specialized in the field of ultrasonic transducers since 2008. He was conferred the title of Framatome Expert in instrumentation in 2009. J-F SAILLANT received a Ph.D. degree in 2006 for his work on the study of multilayer piezoelectric composite structures, conferred jointly by the University of Paisley (Scotland) and the Université de Franche-Comté (France), industrially sponsored by IMASONIC (France).

Ultrasonic imaging of a complex steel structures based on Full Matrix Capture (FMC) technics ideally requires an array of acoustic point-sources and point-receivers spread over the surface of the part to be inspected. This technology is conceptually very attractive but implies that lateral dimensions of each transducer are relatively small, which makes their electrical impedances very high (several kΩ) and causes an electrical mismatch with standard 50 Ω electronics. As a result, signals become weak and noisy, producing speckled images. The use of multilayer piezoelectric element technology can potentially solve this problem as it allows to reduce the electrical impedance of a transducer by a factor of n2, where n is the number of layers. This work demonstrates the interest of using multilayer technology for use in source-point type transducers. This demonstration was carried out theoretically using Finite Element Modelling (FEM) and experimentally. 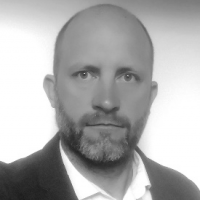